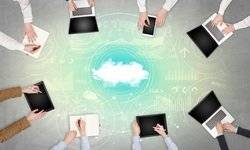 The meeting was the opportunity to exchange a number of key messages. François Davenne acknowledged, whilst highlighting the significant engagement of experts from member companies, the work carried out in the various bodies such as the Covid-19 Task Force, reflecting the strong links between UIC and its members and the effort being made to meet members’ needs. With regard to UIC’s strategy and approach, he explained the need to develop regional cooperation by developing projects on a multi-regional basis and having a concerted approach across all railway regions. This is all the more important at the moment as the railway community recovers from the pandemic and tries to restore customer confidence.

Within UIC, he stressed the importance of increasing cross-sectoral activities and synergies throughout 2021. He acknowledged the work carried out to produce the Technical Solutions for the Operational Railway recently published by the UIC (Downloadable here), highlighting that joint efforts, resources and people are essential to delivering a high level of service.

The European Region’s work programme 2021 has a number of core strategic topics. These were updated and received the support and/or endorsement of the EMC as follows:

The meeting reaffirmed their support for the work done within the European Region and expressed their views on this positive approach both internal activities and regional development.

In his concluding words, Francisco Cardoso dos Reis reminded the meeting of the many decisions that had been taken and thanked the participants for their comments and involvement. He extended an invitation for the EMC to hold its September meeting in Lisbon, if the situation permits.

The next meeting of the European Management Committee is planned to be held on 6 July 2021.